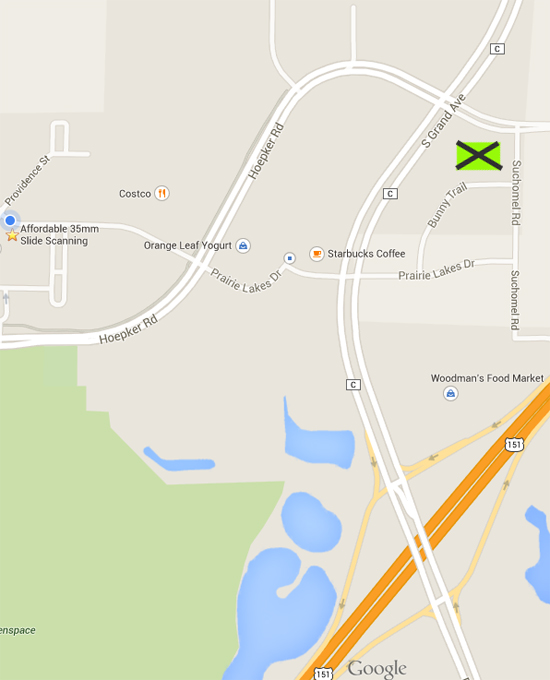 The Sun Prairie City Council approved the new Aldi Grocery Store. Building will start no later than the first week in August and, the last I read, it will be opening in maybe February of 2015. The store will be 17,018 sq. ft. It will be on the SE corner of Grand Avenue and

It has been announced that Aldi Grocery has plans to build near Prairie Lakes Shopping Center, near Woodman's Grocery.

The planning commision will be considering this on 6/24/14 at a special meeting.

"The earliest roots of the company trace back to 1913, when the mother of Karl and Theo Albrecht opened a small store in a suburb of Essen. Their father was employed as a miner and later as a baker’s assistant. Karl Albrecht was born in 1920, Theo Albrecht in 1922. Theo Albrecht completed an apprenticeship in his mother’s store, while Karl Albrecht worked in a delicatessen. Karl Albrecht took over a food shop formerly run by F. W. Judt who already advertised that they were the "cheapest food source". Karl Albrecht served in the German Army during World War II. In 1946, the brothers took over their mother’s business and soon opened another retail outlet nearby. By 1950, the Albrecht brothers owned 13 stores in the Ruhr Valley.

The brothers' idea, which was new at the time, was to subtract the legal maximum rebate of 3% before sale. The market leaders at the time, which often were co-operatives, required their customers to collect rebate stamps, and to send them at regular intervals to reclaim their money. The Albrecht brothers also rigorously removed merchandise that did not sell from their shelves, cutting costs by neither advertising nor selling fresh produce, and keeping the size of their retail outlets small.

When the brothers split the company in 1960 over a dispute whether they should sell cigarettes at the till, they owned 300 shops with a cash flow of DM90 million yearly. In 1962, they introduced the name Aldi—short for Albrecht-Diskont. Aldi Nord and Aldi Süd have been financially and legally separate since 1966, although both divisions' names may appear (as if they were a single enterprise) with certain house brands or when negotiating with contractor companies.

ALDI expanded internationally in the 1950s and 1980s, experiencing a rapid expansion after German reunification and the fall of the Iron Curtain. The brothers retired as CEOs in 1993 and gave most of their wealth to foundations."