Click here to go to the Sun Prairie Target Page One.

The Ryan Cos. has applied for a building permit so construction could start soon on the new Target store. The store is tenatively schedulded to open on March 8th, 2009..

Updated pictures of the Target Store property. To someone that knows nothing about what they are doing, it appears as though they are putting in drainage and sewer lines. It looks like they might have the future store outlined with stakes driven into the ground. 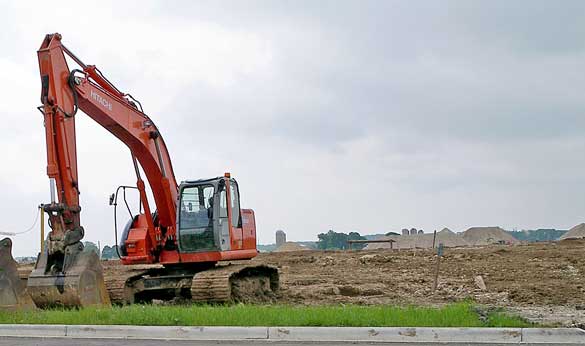 Tuesday, April 22nd, the Sun Prairie Planning Commission and the Common Council voted to grant the developers for Target Corporation's request to downsize their plans for a Super Target to a small Target store. The Precise Implementation Plan (PIP) amendment will reduce the Target store down from 178,598 square feet to 134,000 square feet. This will free up a large area to the East, towards Highway C, which will now be green space. Target could use this area for expansion in the future. The new building will only have one main entrance which will face Hoepker Road on the South. Some grocery items such as frozen foods and some refrigerated items such as milk, cheese and eggs will still be sold at the downsized store but no perishable items or fresh meat. It is suspected that the future Woodmans Food Store which will be built just across Highway C on the opposite corner, had something to do with this decision by Target. Construction on the Target store is scheduled to begin this summer, with completion next year. Target has two stores in Madison and a SuperTarget in Fitchburg, one of just two in the state.

Target has purchased the property on the corner of Grand Avenue (Hwy. C) and Hoepker Road from Prairie Development, Ltd. Prairie Development, Ltd will have the option to buy the property back if Target does not proceed with the store. Target is expected to submit plans to the Planning Commission very soon. It is expected that this will NOT be a Super Target although there is enough land for Target to expand to a Super Target in the future.

11/11/2007 We have heard a rumor from a reliable source that the "Super" in "Super Target" may be removed and that Sun Prairie might only get a regular Target Store and not a Super Target Store. The anonymous source said that Target is scaling back on its plans because of the economy. What is the point then? There is another Target store just a couple of miles away from here in the East Towne Shopping Center. I didn't understand why we needed a Target in Sun Prairie to start with, given the close proximity of the East Towne Target. Now I completely don't understand it. Final plans for the new store have not yet been submitted to the planning commission

We will be keeping track of building progress as we see it occur.
The latest entries will be on top and get older as you go down the page.

The landscaping of the property on the West side of Hoepker Road is pretty much finishing up. Tractors have been out spreading straw and grass seed and some grass is even coming up already. Looks like some of the "lakes" have been created and just have to fill up with water. Someone had a great imagination when they named this the "Prairie Lakes Shopping Center." One of these, as yet unnamed lakes, is going to be about 30 feet by 60 feet and maybe a few feet deep. 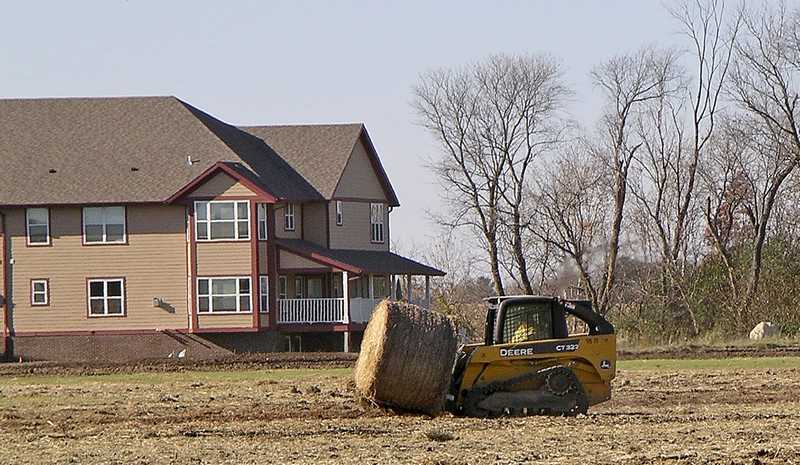 Landscaping has started in earnest on the East side of Hoepker Road. This is the area just West of Highway C. No doubt they want to get it all landscaped and planted with seed before we get snow. This shot, below, is looking Northwards on Hwy C towards the spot where the new Super Target is going to be constructed. If you look at where the large condo building is, the Super Target will be just to the right and in front of that building.

This shot, below, is looking East from Hoepker. You can see the silos remaining on the farm property that is being torn down. To the right of the silos is the Smith's Crossing Subdivision and you can see the new YMCA. The overpass for Hwy C going over the 151 Expressway is the white strip to the far right.

The excavation for the Prairie Lakes and the Super Target in Sun Prairie is heavily underway. There are multiple earth moving machines sculpting the former farmland into a major upscale shopping center. 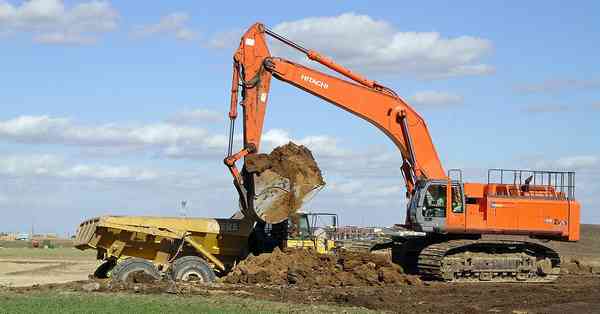 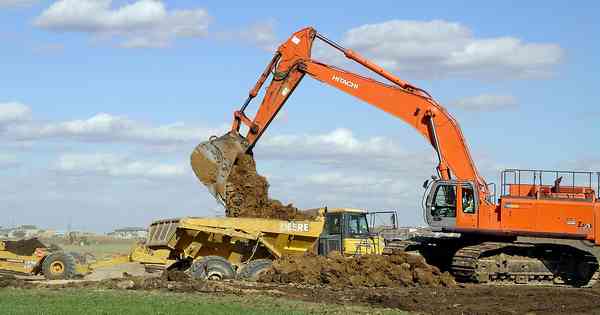 August 30th 2007
Excavation and grading have started on what looks like the new Legacy Way Street, maybe some drainage solution for the Target property and on top of the hill where the new Super Target store will be built. You can see that there is a creek that flows through the property on the map, below. 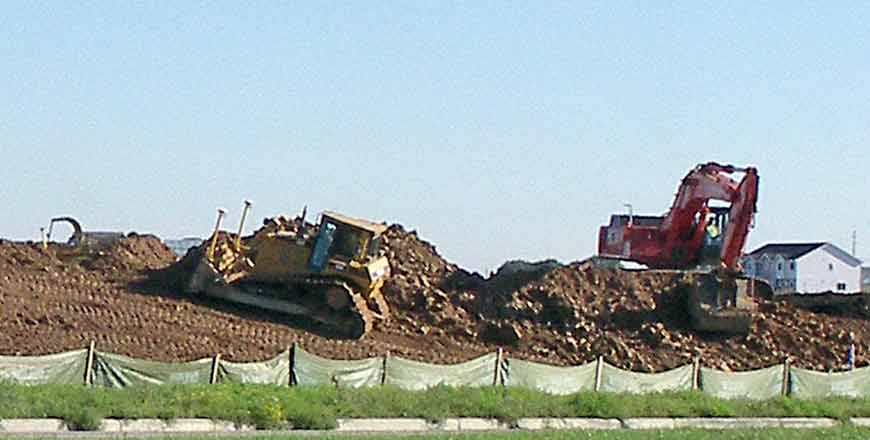 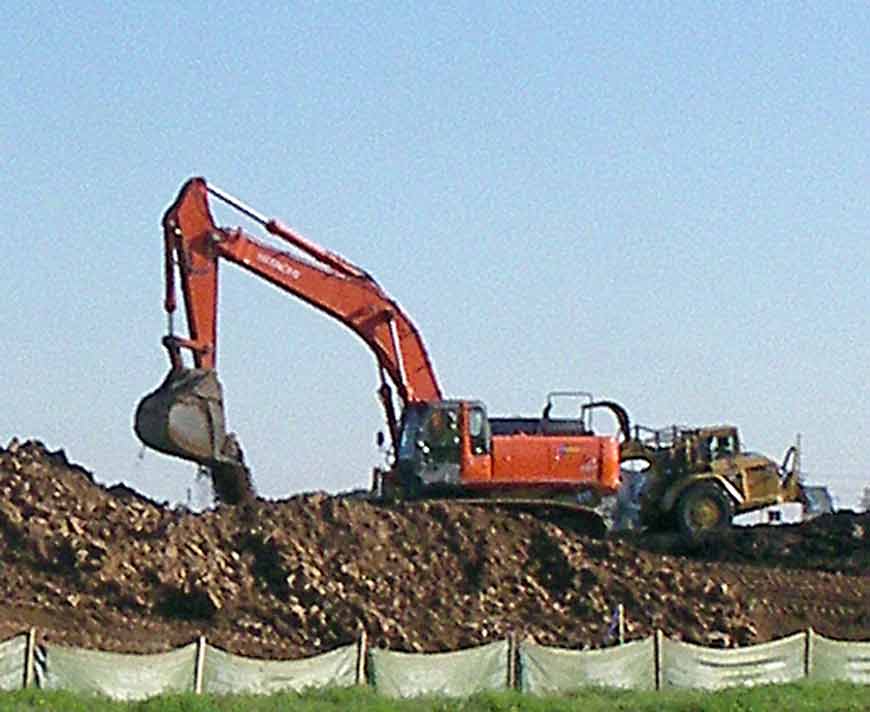 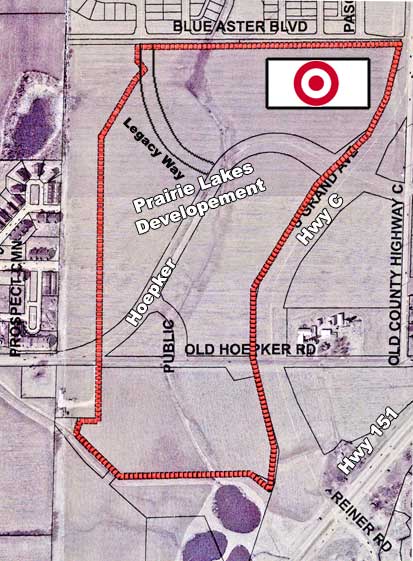 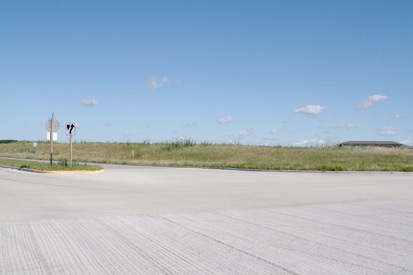 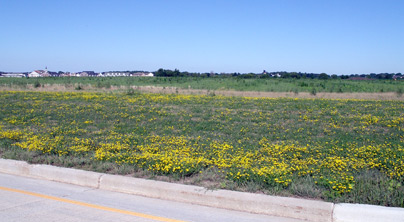